(We divide 4 sections for each sword as Saijyo saku, Jyojyo saku Jyo saku and regular saku)
This sword belongs to ranking.

Special feature : Kaneshige was a swordsmith clan originated in Echizen province.
The first Kaneshige moved to Edo at the beginning of Kan-ei era
and got the title of Izumi Daijo in 1626, later served
for the Todo family and also forged sword in Sesshu province,
present Mie pref. and passed away around 1658.
This sword is second generation high reputation cut well sword.
Many swords became Jyuyo token.
According to the story, Miyamoto musashi loved Kaneshige.

From Aoi Art: Kazusa kami Kaneshige made Jyuzuba which is very similar with Kotetsu hamon.
This blade is almost same as Kotetsu style.
The signature is engraved Reisy style so the blade was made early stage of his work.
He succeeded 2nd generation after the Izumi kami Kaneshige
and made many swords cust well swords.
Member of the Shinsengumi, Heisuke Dodo hold Kazusa Kami
Kaneshige 2syaku 4 sun 2 bu long sword as fis family’s treasure.
Because Dodo family hired Kaneshige as family’s craft man.
When Shinsengumi attacked Ikedaya, he arrived the first and used this sword for fighting.
and damaged a lot of hakobore on the edge of the blade. He was studying Hokushin ittoryu
and achieved Teaching all skills to a disciple  and every time he attacked the first.
Anyway Kaneshige is reported as high ranking sword and cut well sword either.
We recommend this high ranking cut well sword for you. 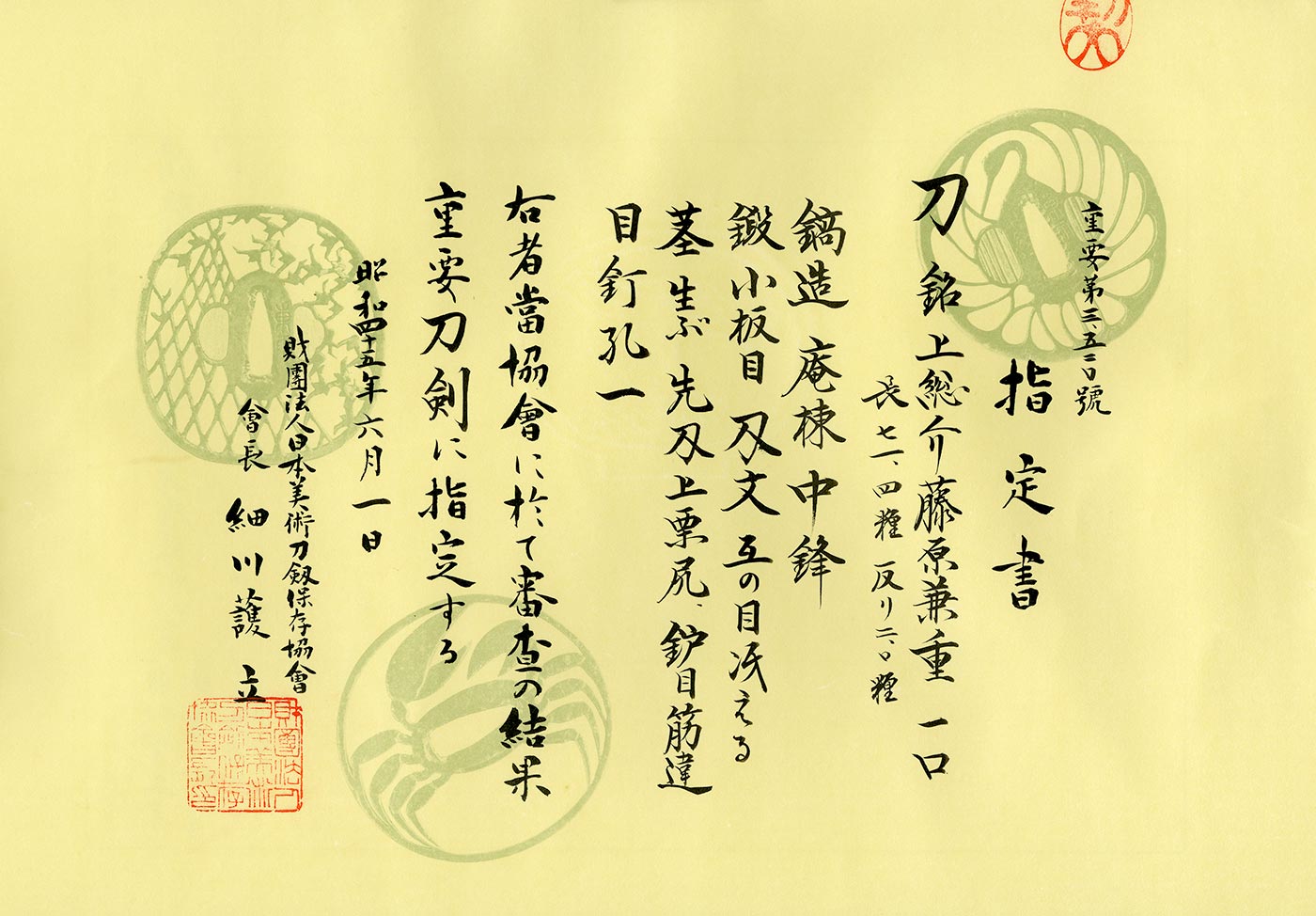 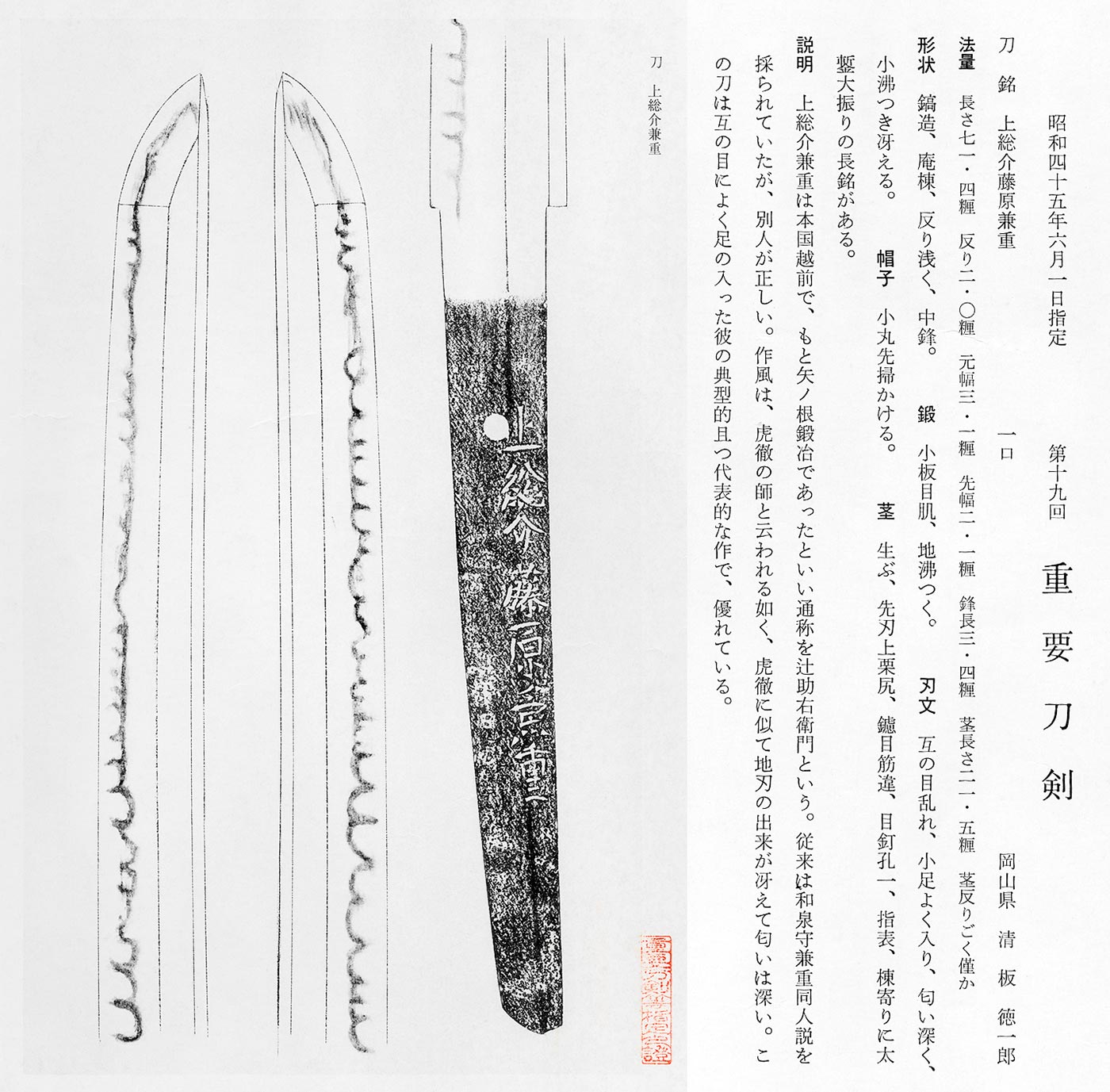 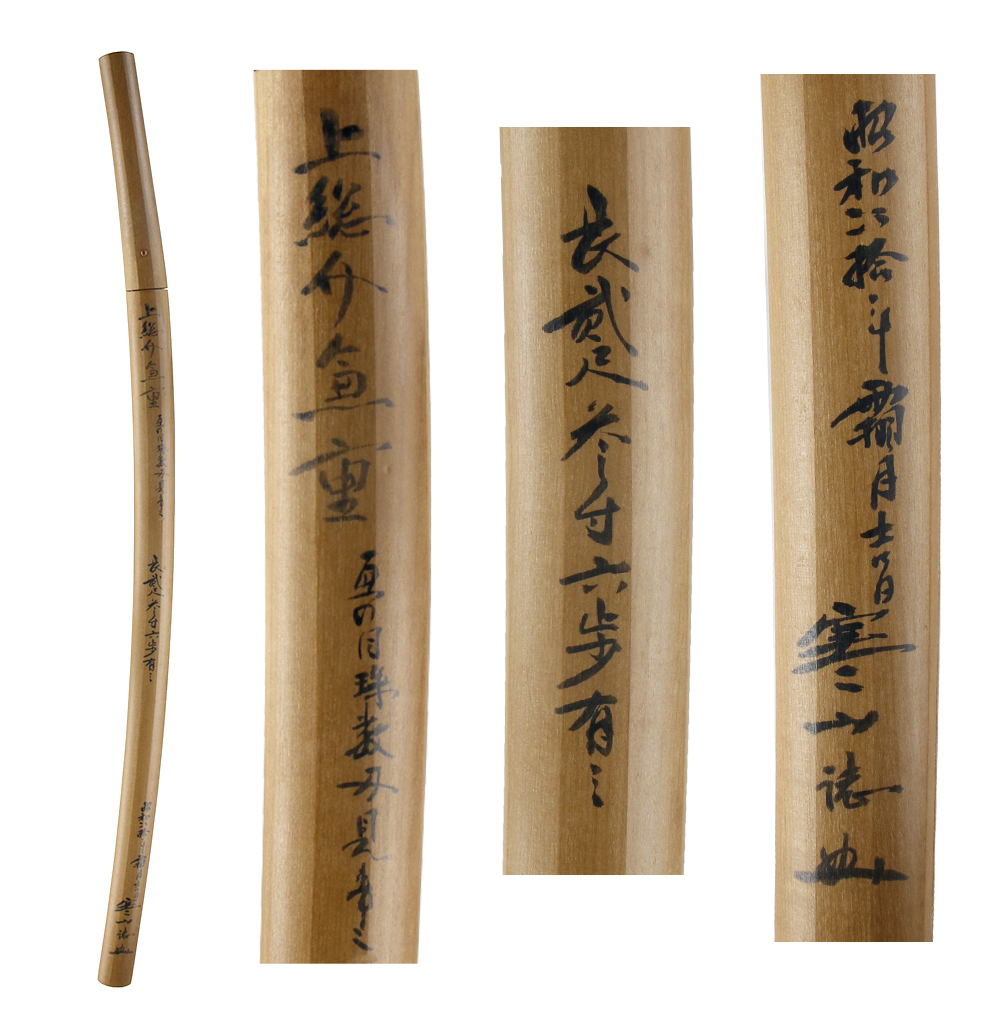