Special feature:Katsumitsu was a swordsmith of Kanemitsu Osafune and was active with
Norimitsu, Tadamitsu and others. After this era, Sukesada, Kiyomitsu and others
appeared and produced many works. Ukyo Ryo Katsumitsu appeared and played an
active part, and there are many collaborations by brothers such as a collaboration sword
with his younger brother Sakyo Sjhi Munemitsu, all of which are good works. Unlike
Mass productive iterms, the Jigane hat the order was made by a high-ranking samurai.

From Aoi Art :When you appreciate the Japanese swords made before 552, which have been cherished by many people and kept in good
condition until now, you cannot help but be surprised at their beauty.
Katsumitsu of this work is a two-letter inscription勝光, but it is by no
means a few strokes. The battle was fierce after Eisho of Muromachi
jidai Due to the sharp increase in demand for Japanese swords, some
of Kiyomitsu and others were produced by mass production, centered
on Kanemitsu Osafune. Many sword makers came to do it. The Bizen
sword before that has traces of carefully made metal, especially. In
this work, the style is good, theJ iganne is beautiful, the image is
good, and the blade pattern is gorgeous. Cyoji hamon is active
temper line Although the koshirae is not gorgeous, it is a work with an atmosphere while being astringent in Higo. Please buy this well-made work and Katsumitsu with a sword. 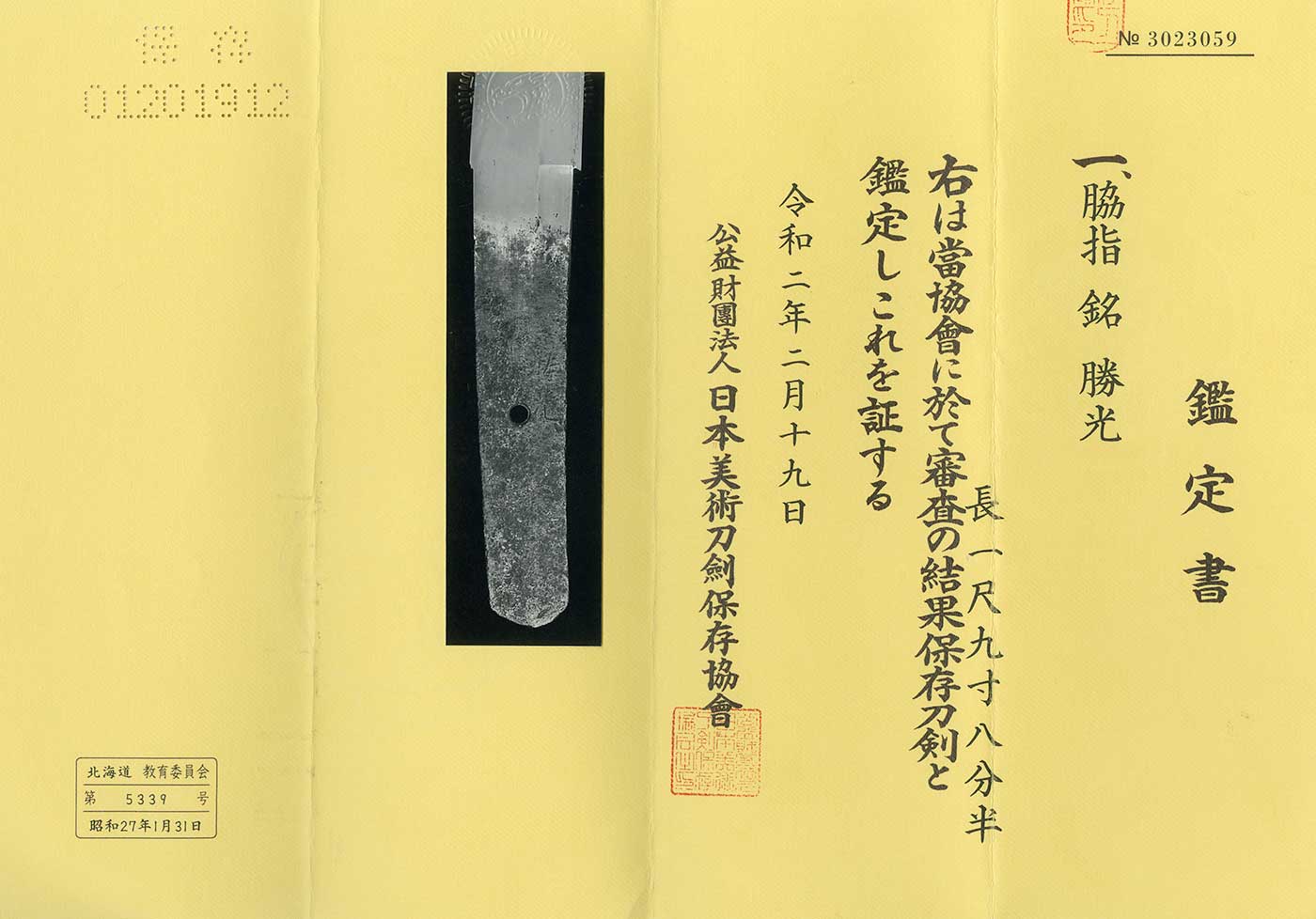