From Aoi Art: It is extremely rare to engrave the inscription Hizen Kuni Fujiwara
Tadayoshi, and it can be said that this inscription is confused with the original Hizen Kuni
Tadayoshi.
It can be said that the relationship that allows such an inscription in the existence of the
first Tadayoshi is a swordsmith who has a considerable trust relationship with the first
Generation Tadayoshi.
The question remains as to why he began to call himself Tosa Kami Fujiwara Tadayoshi
in his later years. Furthermore, the fact that there are few Fuzen Kuni Fujiwara
Tadayoshi inscriptions is thought to have been a substitute for the first generation, but
the style seems a little different.
In Fujishiro To-Ko jiten (Imagination of Tosa Kami Tadayoshi) Tosa Kami Tadayoshi is a
mysterious existence. The design is different from that of other contemporaries, and in
this respect it can be considered similar to the design of Iyo Jyo Munetsugu. The
inscriptions are also close to each other. Speaking with a strong imagination
Tosa kami is the closest clan to the first generation, so after being given the name of
Tadayoshi, the second generation of Tosa Kami Munetsugu repays the name of
Tadayoshi and Hizen.
It is stated that the swordsmith’s first generation Munetsugu may have been revived.
In my opinion, the name of this work is Fizen Kuni Fujiwara Tadayoshi, but it is quite different from the first name, and the first Tadayoshi at that time is this
The question remains whether it was allowed to cut similar inscriptions. Probably, if there
is no connection with the original Tadayoshi, I think that such an inscription cannot be
forgiven, and I think that the reality will become clear by investigating in the future.
The pattern is a dignified, bright and clear blade pattern, and it is a work that I would like
to recommend by all means because it has a wonderful suguha blade, with rat
legs(nozumi ashi) and a beautiful fine metal.
The blade was polished by high ranking polisher. 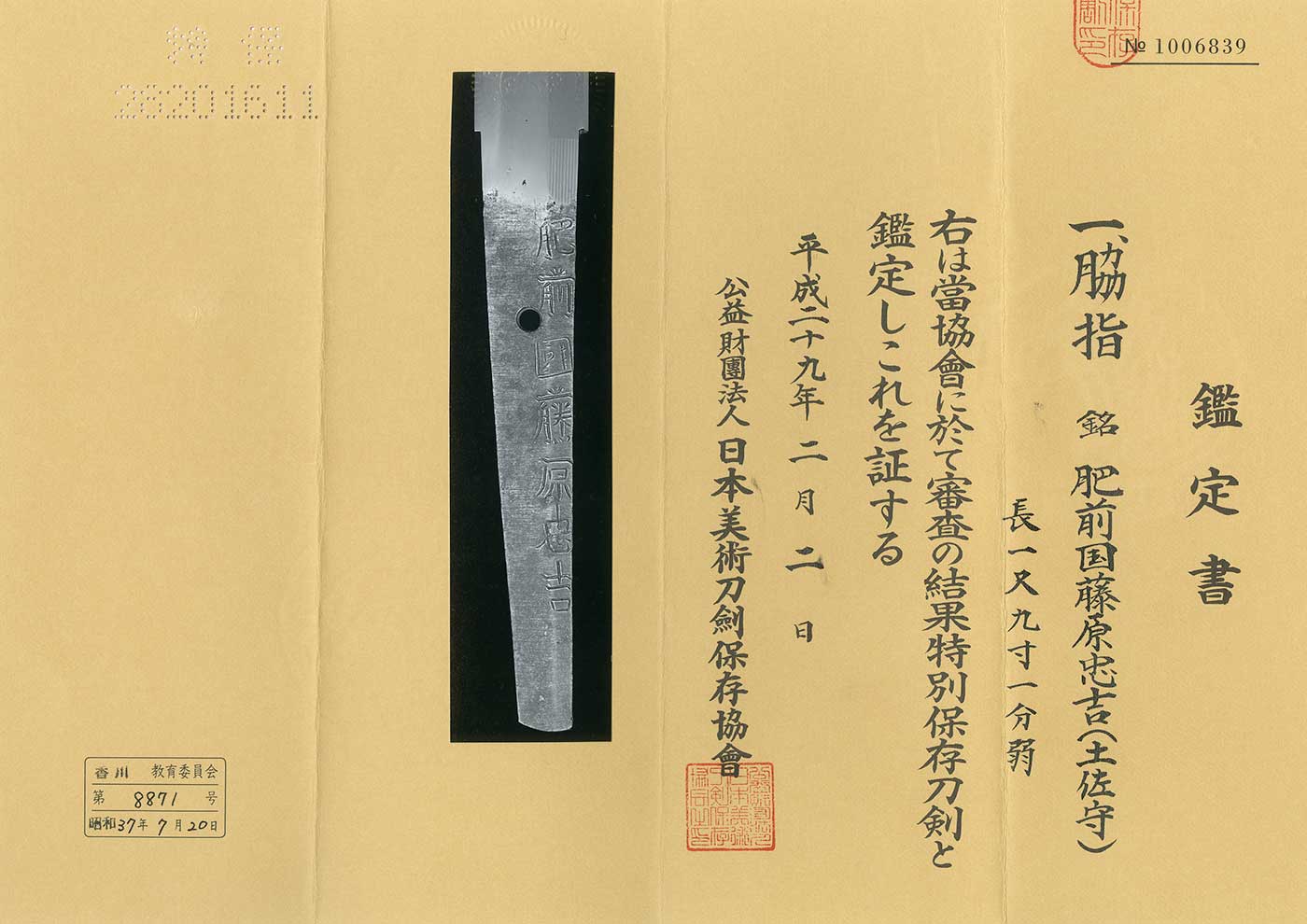 2021/6/15Resumption of EMS Service to the United States