Special feature: Kiyondo is the last student of Kiyomaro
the best sword maker in shinshinto.
He was born in Dewa province (Yamagata pref in today) in 1827.
He started to study under the Kiyomaro in 1852.
After Kiyomaro committed suicide, he left a lot of works from the customers.
His top student Kiyondo forged all of the swords
which was ordered by customers to him.
And Kiyondo supported his family’s life and contributed to the debt repayment.
Therefore we think Kiyondo had a deep sense of loyalty and are compassionate.
He was allowed to sign “Buzen no kami Fujiwara Kiyondo” in 1867.
And he forged the blade for Meiji Emperor in 1870.
He passed away in 1901.

From Aoi Art : He was the first disciple’s first disciple and helped with his work.
He was good at Sosyu den style to suguha Masame style strong feeling swords.
He made Masame style is the reason that he was started Nothern part
of Japan which placa is well known Masame style Jigane
Kiyomaro didn’t make Masame style jigane on the other hand,
Kiyondo was making Masame hada.
This fact is believed to have been convinced that the work
that was made by masame hada was excellent in sharpness
I think that the main reason for raising Kiyondo’s name was
that he was perfectly equipped with human consideration, justice, and morality. 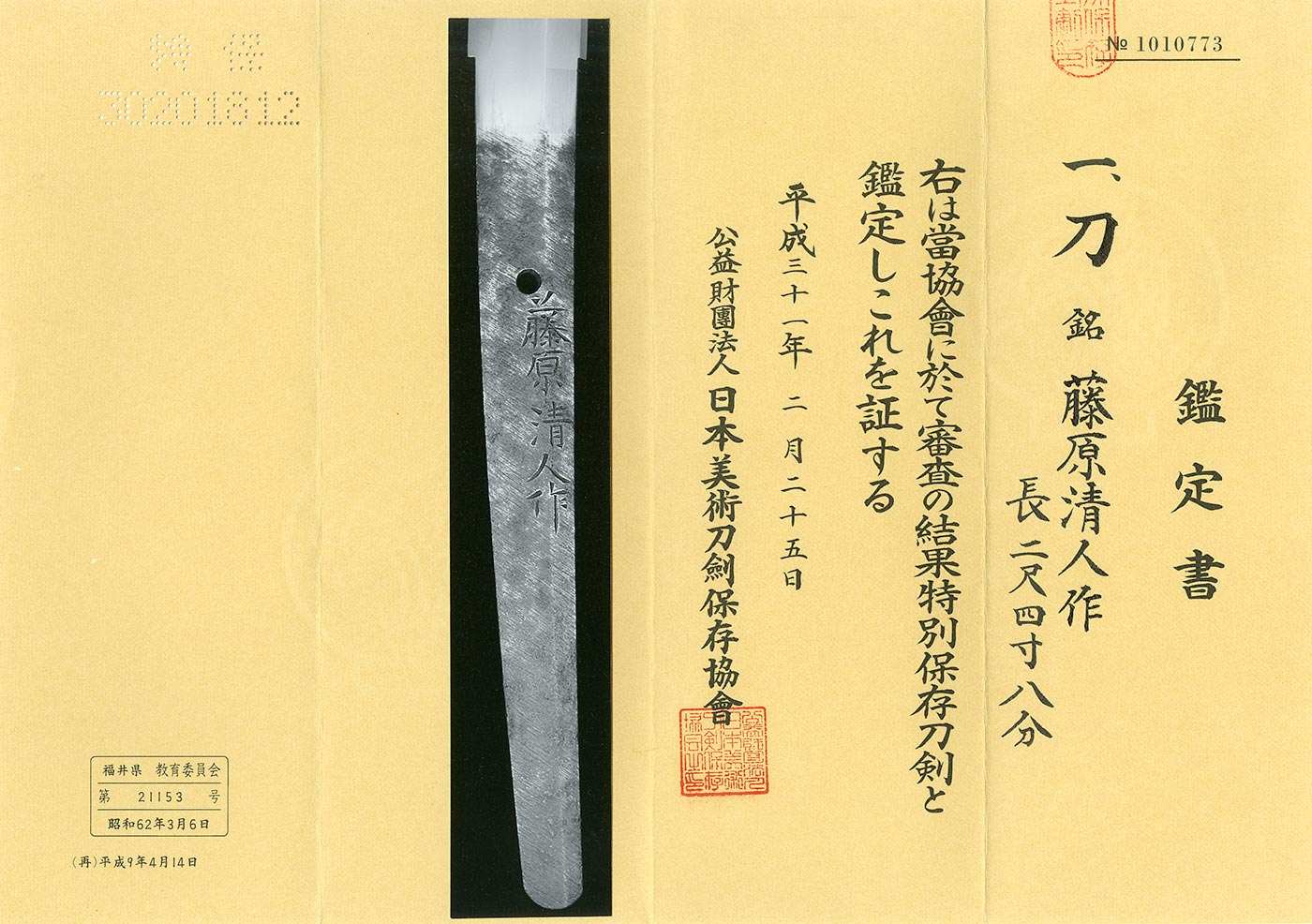 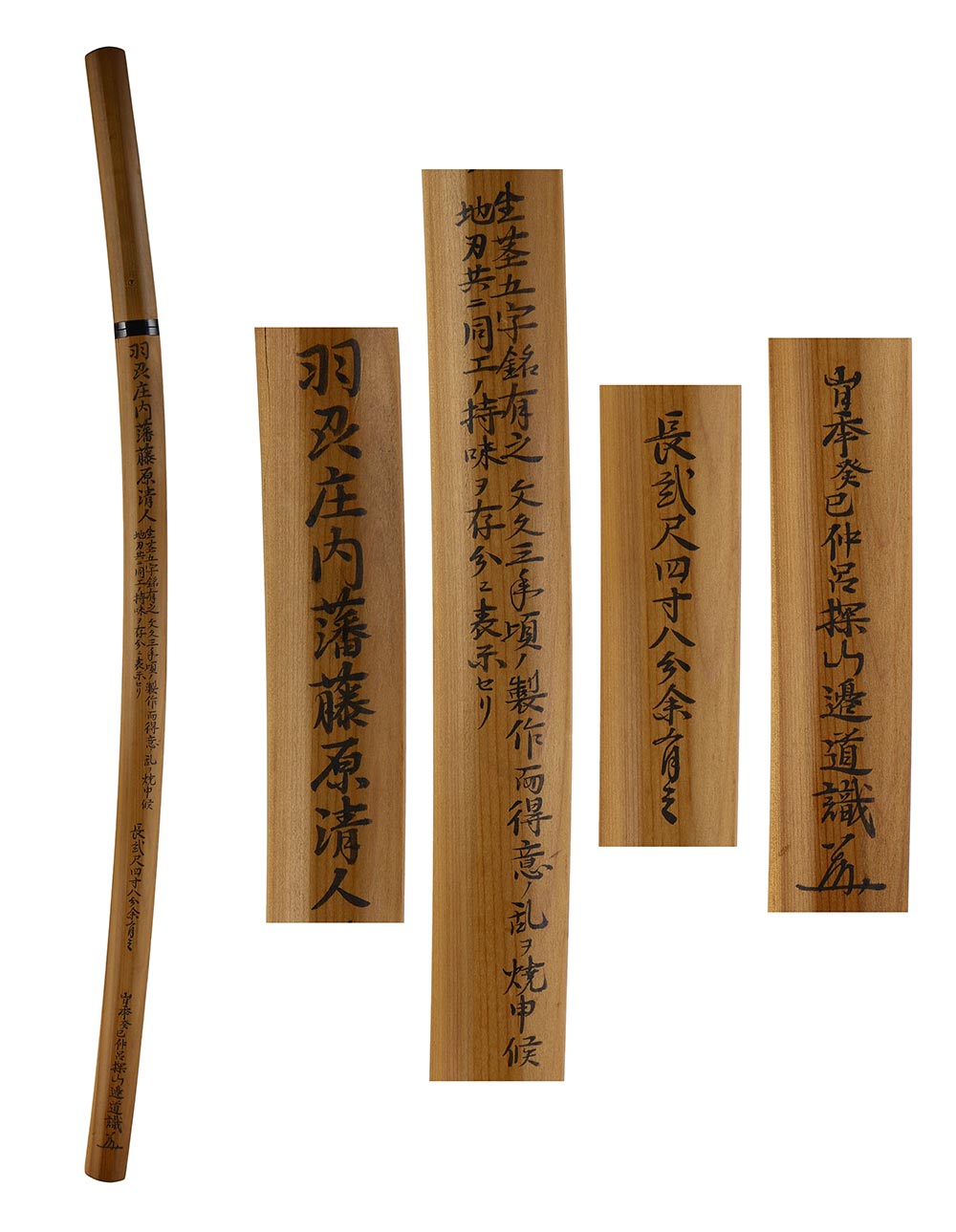