Special feature: Echizen Jyu Harima Daijyo I Fujiwara Shigetaka was active in the first
generation around Kan-ei, and the second generation is this work.
The taste was a little different from the original work, and the style was a Kanbun
shaped sword and the warp(sori) was shallow from that time.
It is said that the popular sword method of poking was popular, and the Kotetsu
swordsmith and Edo Honyo-ji school etc. have the same appearance.

From Aoi Art: It is thought that Shigetaka 2nd generation probably had an exchange
with Yasutsugu, and there is also a work in which Nanban iron is carved on the Jigane.
It is probable that from the Kan-ei era when the warp(Sugata) was slightly shallow and the swords grew, the swordsman era changed to a tactic of piercing the swords with a
short (shape), and the background of the era was transmitted earlier. Starting with
Kotetsu sword maker and new Edo swords, swords with this shape became popular in
many regions. 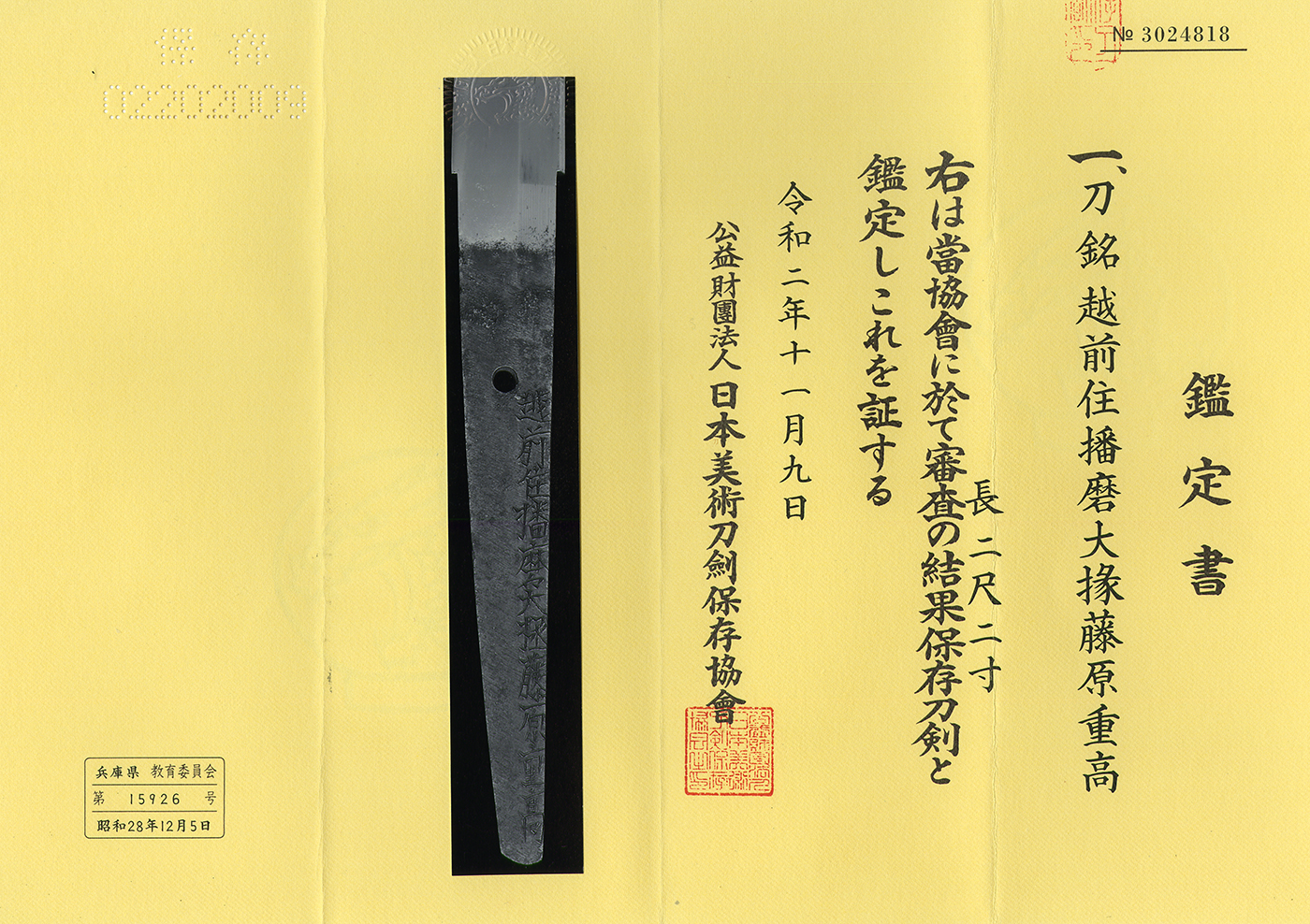