(We divide 4 sections for each sword as Saijo saku, Jojo saku, Jo saku and regular saku)
This sword belongs to Jo ranking.

Special feature : Sa Yukihide has born at 1813 at Asakura-Boshi village in Chikuzen province. At first he engraved his signature ‘Toiyonaga Hyoe’ or ‘Chikuzen Samonji Sue’ with Higashi Tora (East tiger) as his trade name. He moved to Edo to learn under Shimizu Hisayoshi school and returned to Tosa province on 1856 and became the smith of Tosa clan. 1862 he moved to Sunamura at Edo and at 1868 he returned back to Tosa again and died at 76 years old, 1887. Mr. Tsuruta have been the the blade owned by Yamanouchi Yodo. It had Tsuba with the best work of Nobuie. If you want to study more about Sa Yukihide, you should read on ‘Nihonto Daihyakka Jiten’ published by Mr. Fukunaga Suiken vol.5.He engraved ‘Sa’ (left) with his respect to ancient Sa school. Gunome Midare with Deep Nioikuchi or Suguha like Inoue Shinkai. After owning / forging any sword has been prohibited by new Meiji goverment, he quit forging sowrds and he started his second life for polisher and also for exporting with his son. This blade is very long with beautiful Hamon and Jigane, very sharp feeling. 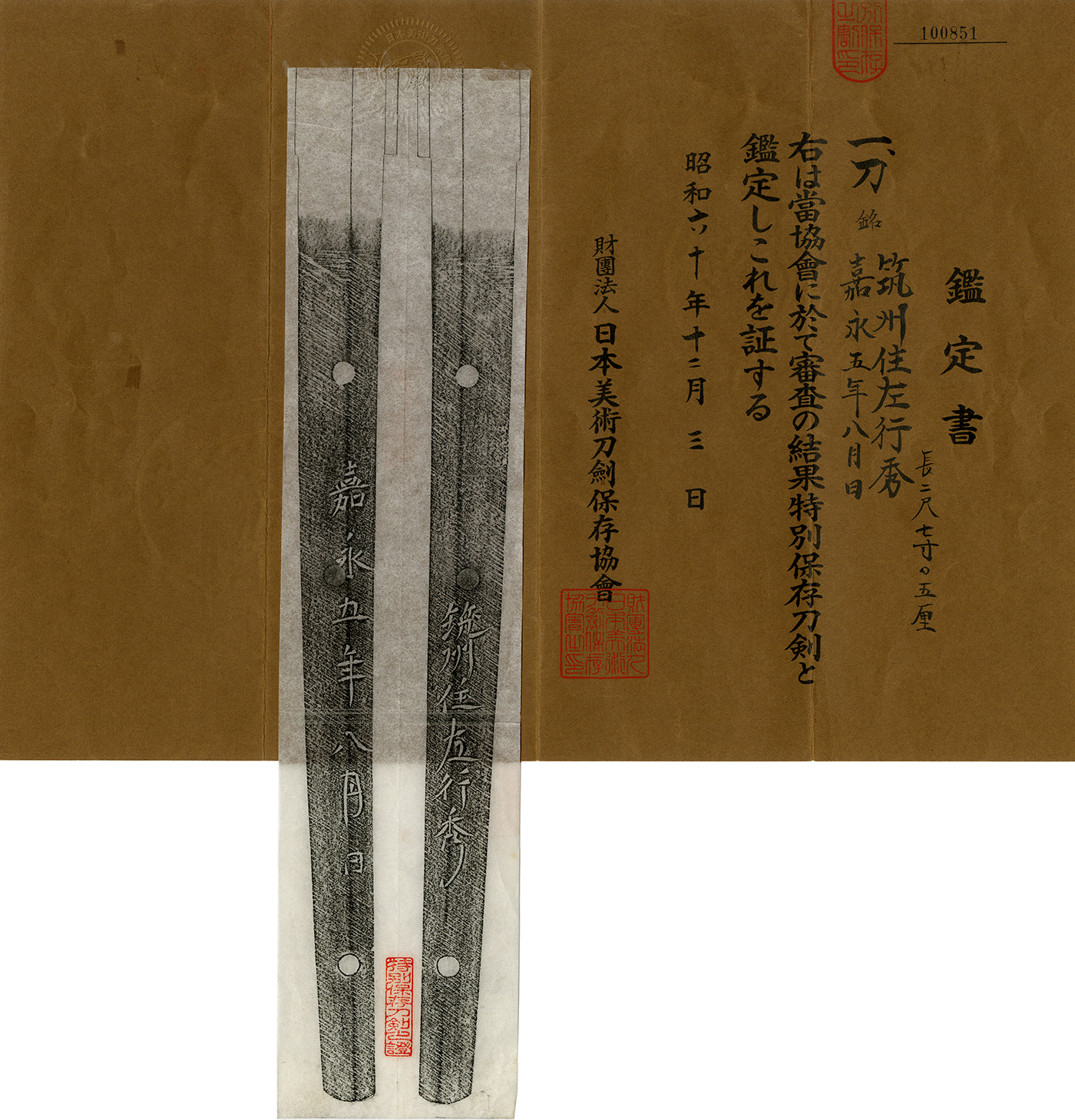 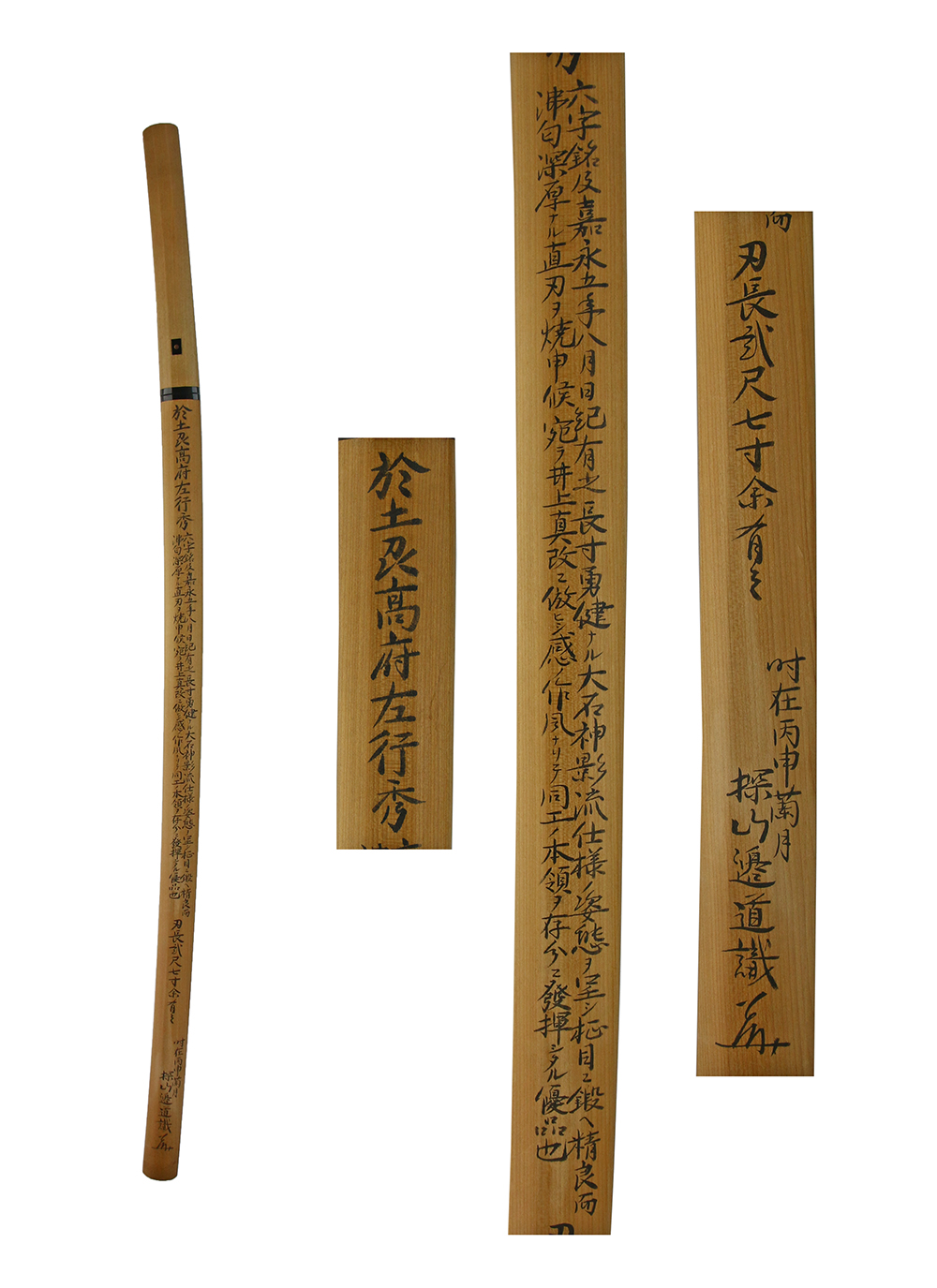