Special feature:n the Muromachi period, Harima, Mimasaka and Bizen province had been prospered
under the protection of the Akamatsu family. Above all, Bizen province has turned out
a great many talented swordsmiths. Supplying the demand of the Age of Provincial Wars in Japan,
a large number of swords were made there in the late Muromachi period. On horseback battle in suit
of armor in the Namboku-cho period changed to infantry battle in the Muromachi period.
According to requirement, blade length also changed from magnificent tachi to Uchi-gatana
convenient for nimble unsheathing to fight against an enemy.
In addition, Japan was carrying on a brisk trade with China; Ming dynasty at that time
and the sword was very important key commodity.
Sukesada has become a synonym for the Osafune School. About twenty Sukesadas are noted
on directory and large quantities of their swords still survive.
It attracts our attention that the tang of this katana keeps almost its original shape.

Koshirae :
Saya :black roiro saya.
Tsuba :On the round shape iron Tsuba, mimi is inlayed by brass.
Menuki : A dragon is engraved with gold color.
Fuchikashira:Oni and god Ryoki are fighting scene are engraved by syakudo plate with gold color.

From Aoi Art : This work was made in Eiroku jidai at the end of the Muromachi period,
but in Eisyo era The produced Jigane is used. The clear Jigane was produced before Eisyo era,
and when it comes to Tensyo era, it will be produced by mass production using a fairly crude Jigane.
However, this work is quite different, it was produced with Jigane of good quality,
so Hamon is also well-organized. It’s long enough and it’s also With Koshirae,
so by all means It is a work that I would like to recommend. 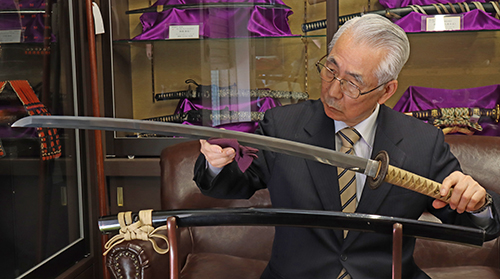 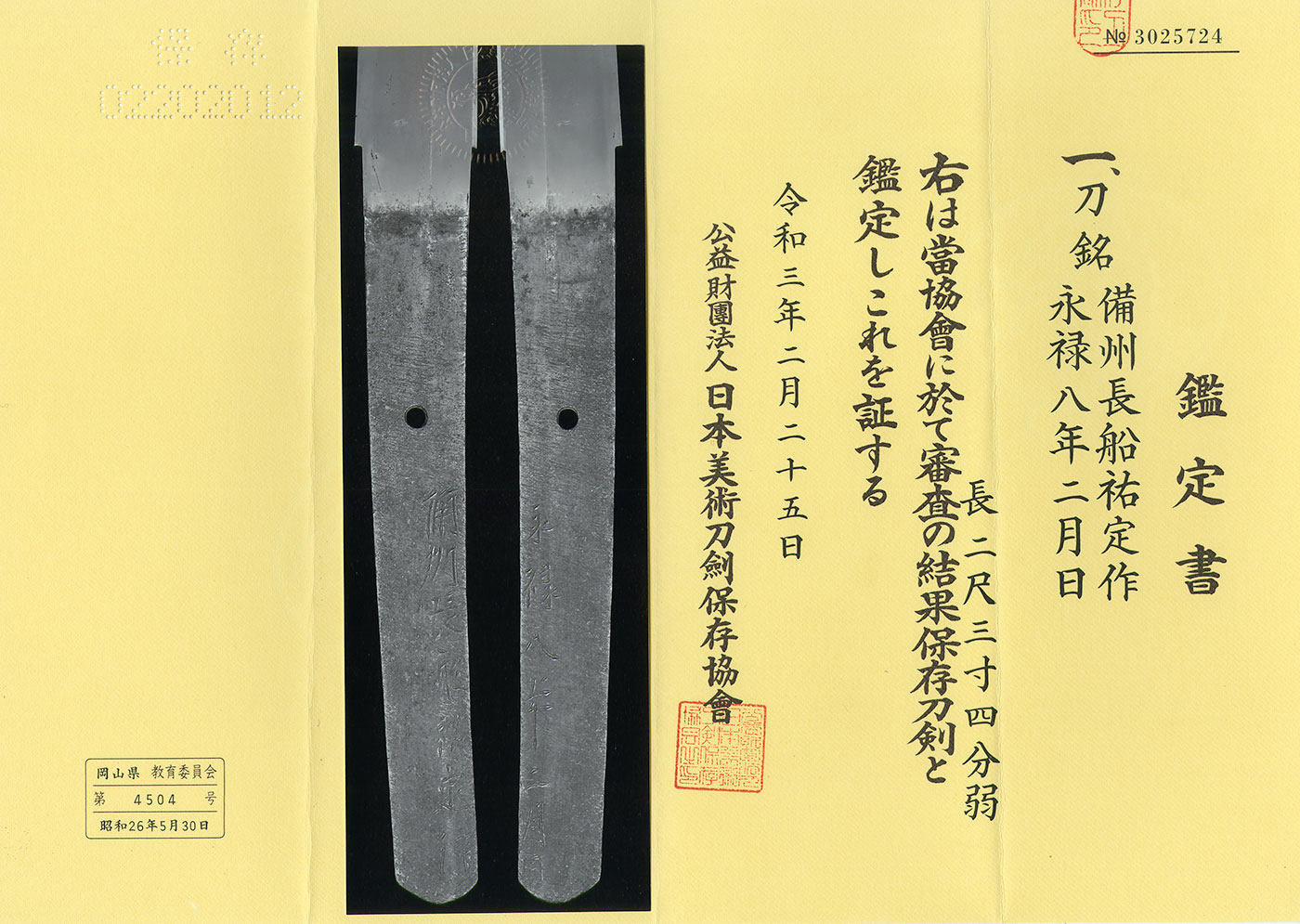