Special feature: After the 2nd generation Yasutsugu passed away, 3rd
generation was decided as succession to a family and another
brother couldn’t successor so he moved to Edo and named the
same name as right successor named Yasutsugu.
We call 3rd generation as Edo 3rd generation.
After he moved to Rdo, he communicated with many famous sword
makers. I think he communicated with Edo Ho-jyoji school and
Yasusada and so on.
His skill developed and became a well-known sword maker.
NBTHK judged Edo Echizen Yasutsugu as Jyuyo Token more than 10
peaces but Echizen Yasutusgu is not.
It means while he was in Edo, he worked very hard and study a lot.
His family continued to the late Edo period 11th generation.

From Aoi Art: This sword is a healthy and well-grained Jigane and active
temper line high-quality sword. He was obliged to remove to
Edo. If he stayed at Echizen, the blade must be no charm
blade. While he was staying at Edo, he succeeded to make high
ranking swords because In Edo, there are many high-ranking
sword makers nad have goo chances to comunicated with many
sword makers and extend his technique and chances to make swords.

Back ground of age: After the inland war was end, Edo became peaceful
country.They did use swords for battle.
It means that there are a few samurai who collect swords.
So many swords makes tried to make gorgeous swords for
demanding consumer’s requests like gorgeous flussy swords not
cut well but beautiful swords. some sword was engraved with nice
carving on the Ji.

From Aoi Art: Yasutsssugu 3rd generation departed 2 sword makes,
one is Echizen Yasutsugu and another one moved to Edo echizen
Yasutsugu.Echizen Yasutssugu succeeded his family and spent
stable life.
On the other hand, Eddo Yasutsgu studied a lot with many sword
makers by influencing other sword maker’s highly developed skills.
He contacted Edo Ho-Jyoji school and Yasusada and so on.
He achieved a high reputation and this family continued to until
11th generations. 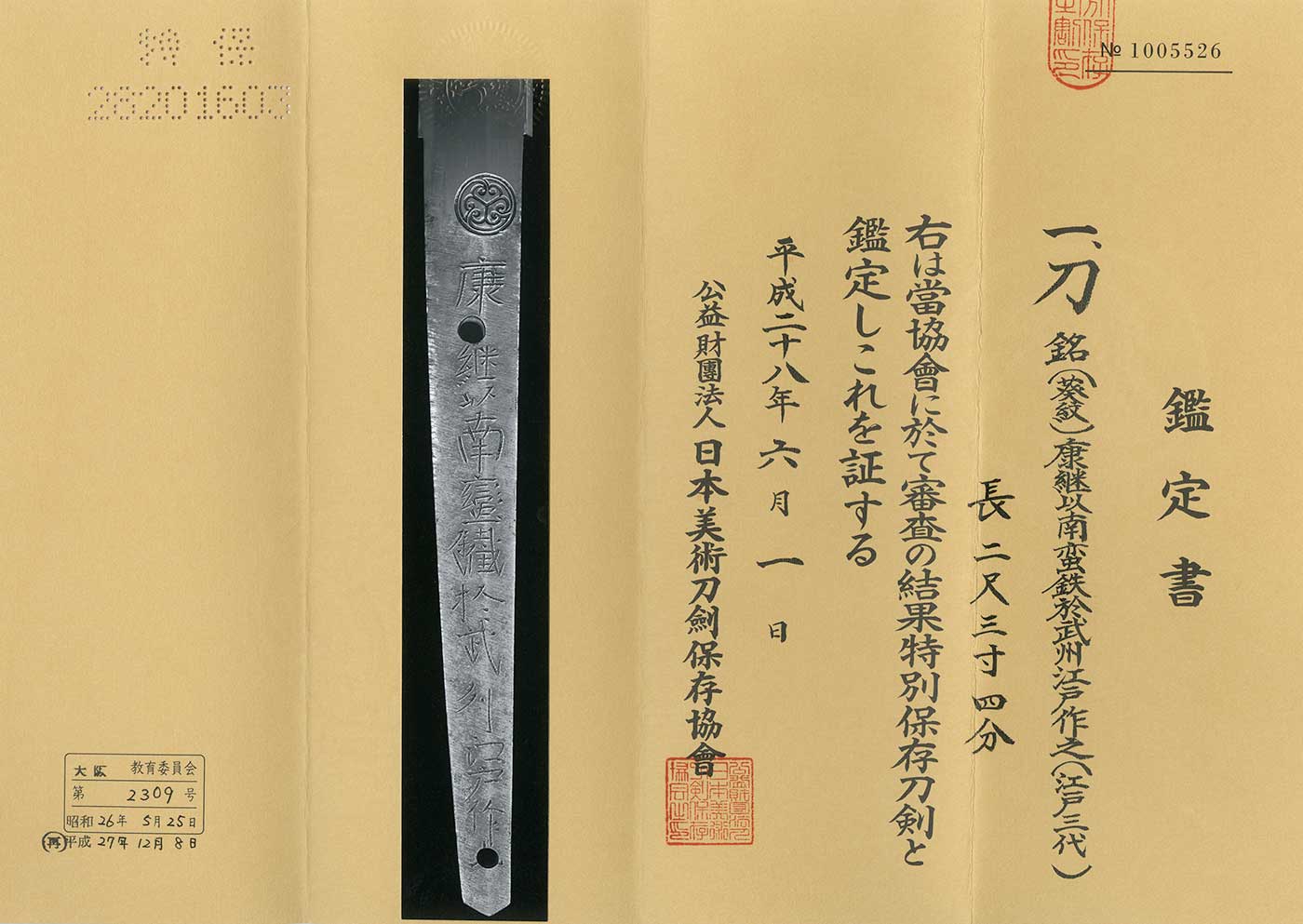