Explanation: This blade was made for Mr. Morita Ryutaro in 1943.

Special feature: Gassan Sadakatsu was born as the second son of the First Gassan Sadakazu in 1869.
Sadakatsu was a representative swordsmith of Taisho to early Showa period. He was an amazing swordsmith
to make all of Soshu-den, Bizen-den and Yamato-den. Especially his distinctive Ayasugi-hada inherits
the tradition that has been continued from the Kamakura period still lives on in gendai swordsmiths.
Under his famous father Sadakazu the First, Sadakatsu forged only a few swords inscribed his swordsmith
name until the death of Sadakazu in the late Taisho era. Gadakatsu put all his energies into making his own sword
after 1920’s as a purveyor to the Imperial Household, special swords to dedicate the Ise-Jingu shrine,
accepting orders by high dignitaries. He tempered sword with sincere and faithful attitude in conformity with
Shintoism. Under that he trained many excellent swordsmiths. His two most excellent pupils,
one was his real son the Second Gassan Sadakazu and the other was Takahashi Sadatsugu,
were designated as preservers of Important Intangible Cultural Assets,
popularly known as Living National Treasures. Sadakatsu passed away in 1943, aged 74.

Special feature : Oumi kami Hisamichi is a student of second generation Iga no kami Kinmichi.
He is not originally from Mishian however he has received the honor
of becoming one of 5 selective Kyoto sword smith.
At Kanbun first year, he has received the post of Oumi daijyo and
at the same year he has changed his post to Oumi no kami.
Some of his works include Kikumon of 16 petals while he has also engraved Kiku-mon with branches.
There were no branch Kiku-mon used for Enpo 8th Year Augustj.
He was allowed to use the signature of Second generation Igano kami Kinmichi MIshina signature.
On the nakago, there is branch crest engraved.
At the time it was quite new to have chrysanthemum Eda(branch) Kiku-mon.
First generaiton Oumi kami Kisamchi was called Hori Rokurobe.
He was a student of second generation Kinmichi and was called One of the Big five Kyoto Sword Smith.
At Kanbun 1st year he has received the post of Oumi Daijo.
At same here when he has changed to Oumi kami, he has passed away at the age of 85.

From Aoi Art: It is very rare that the Daisho of Gassan Sadakatsu and Hisamichi, Hisatsugu.
The Koshirae is also very beautiful.
We strongly recommend this item for you. 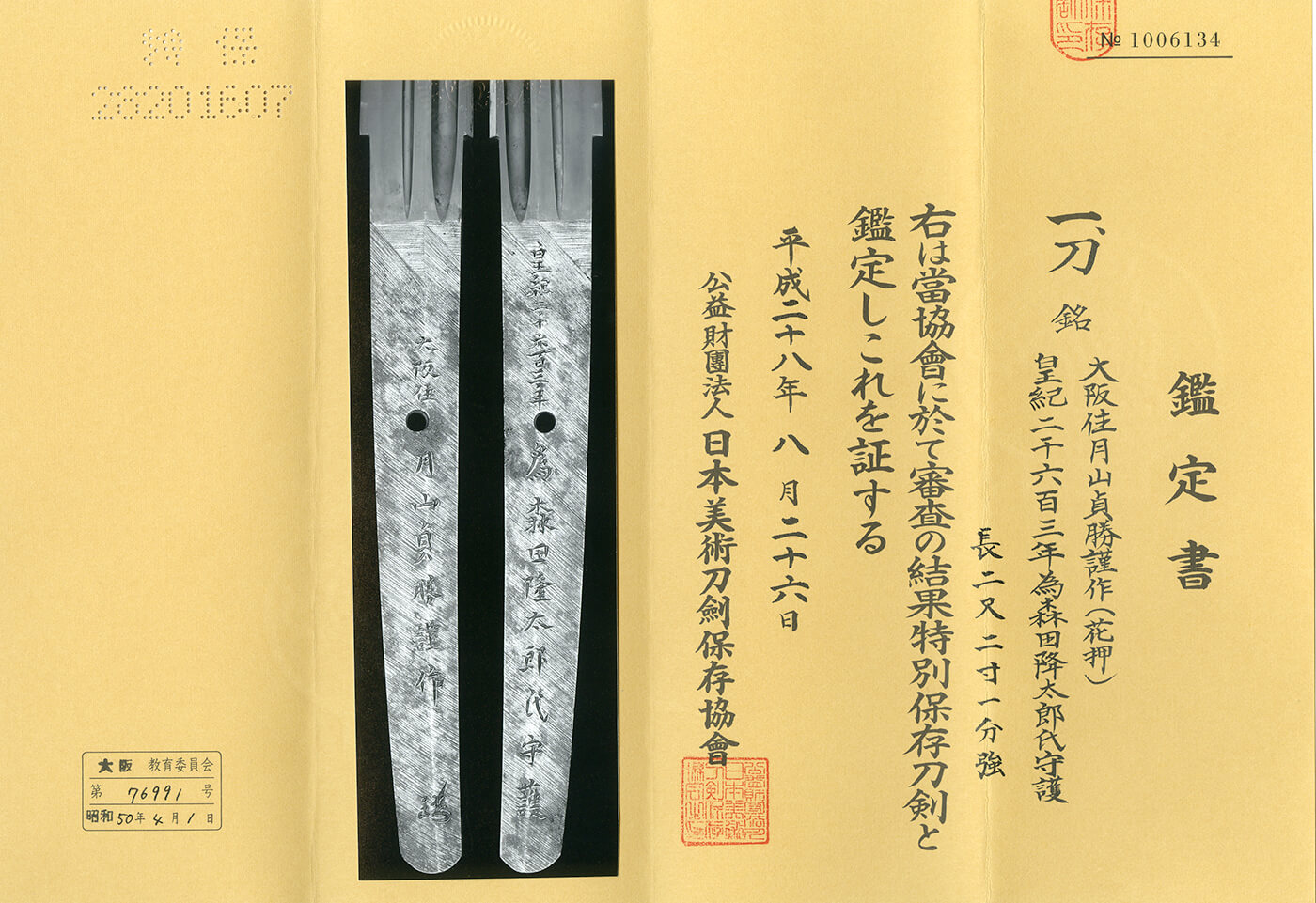 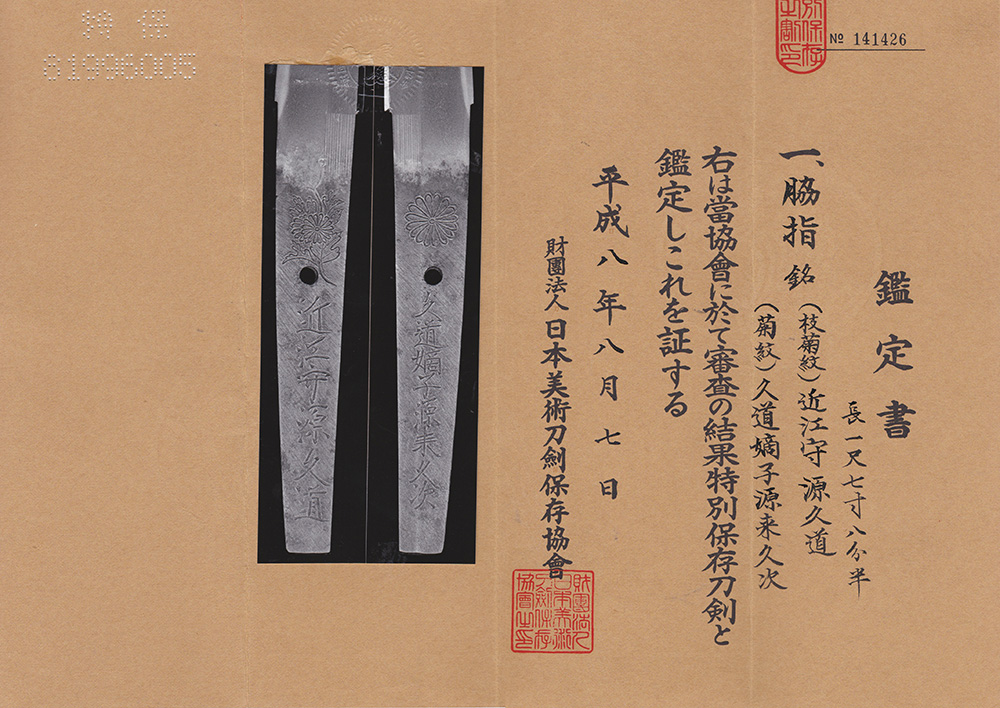