(We divide 4 sections for each sword as Saijyo saku, Jyojyo saku
Jyo saku and regular saku)
This blade belongs to Saijo Saku ranking.
The blade was polished.
Habaki : Silver double habaki.
Blade length : 70.2 cm or 27.63 inches.
Sori : 1.7 cm or 0.66 inches.
Mekugi : 2
Width at the hamachi : 2.91 cm or 1.14 inches.
Width at the Kissaki : 2.03 cm or 0.79 inches.
Kasane : 0.65 cm or 0.25 inches.
Era : Early Edo period.
Shape : The blade is oo suruage mumei with Bo-hi on both sides of the blade.
Jitetsu : Koitame hada well grained and jinie attachi and appear Utsuri.
Hamon : Konie deki gunome midare and choji midare mixed up and down ashi
and Yo work deep nioikuchi hitatsura style.

Special feature: Konie deki gunome midare and choji midare mixed and like
Ichimonji style and attributed as Echizen seek masterpiece.
I think someone thought the blade looks Ichimonji and put off the
signature and made as Ichimonji.

From Aoi Bijyutsu: Probably This sword was Falsify some good sword to Ichimonji.
The jigane has Utsuri and an active temper line which looks like an old Koto blade.
Koshirae is a nice but old one. I have never seen such kind of nice Echizen Shinto.

Explanation: The signature is Koyama Munetsugu at Tokyo
Tempo 13th August and next month September 11th at Senjyu Kozukahara
the cutting test was done and cut Tata(the part of the shoulder part) dotanbarai.

Special feature: Bizen no suke Munetsugu (Koyama Munetugu)
was born at Mutsu Shirakawa province as a son of Koyama Munehira.
He was called Soube.
He was hired by SHirakawa Matsudaira Daimyo family.
He moved to Kuwana province. Thereafter, he moved to also Edo in 1831.
Then, he was already very famous for his cut well blades.
And many Samurai ordered swords.
He was allowed to use signature “Bizen no suke” in 1845.
He was the one of the top quality swordsmith in late Edo period.
And his swords were without any faults.

From Aoi Art: This blade has long Ashi in Ha, and blade quality is excellent.
That’s Shin-shinto, Jo-saku rank! And we recommend this fantastic sword truly.
The sword was cutting test was done at Senjyu.
Generally, at tempo era, many swords makers were working and made
high-quality swords so we ask the sword when the blade was made.
If the sword was made at the Tenpo era, most of the swords are fine swords. 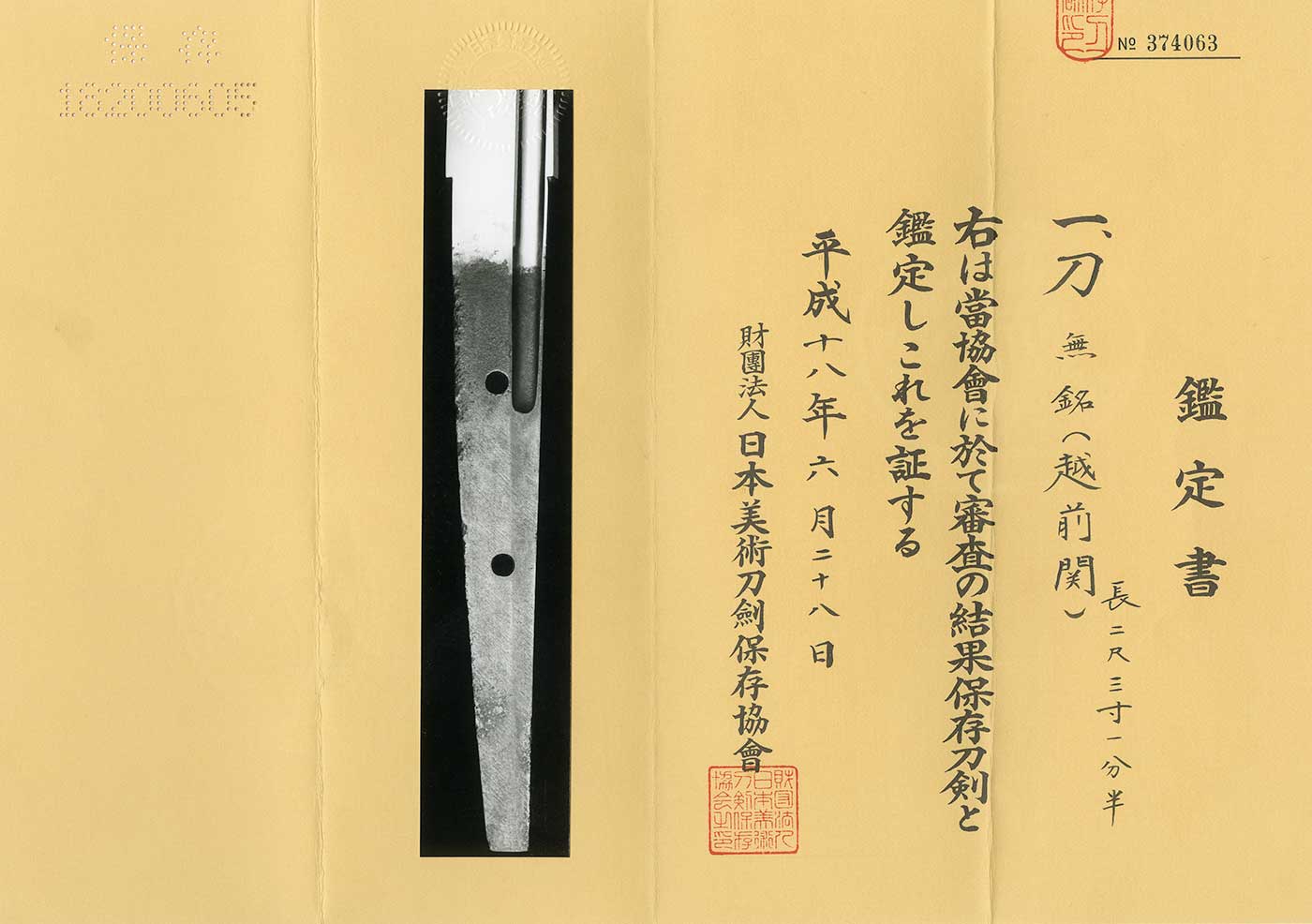 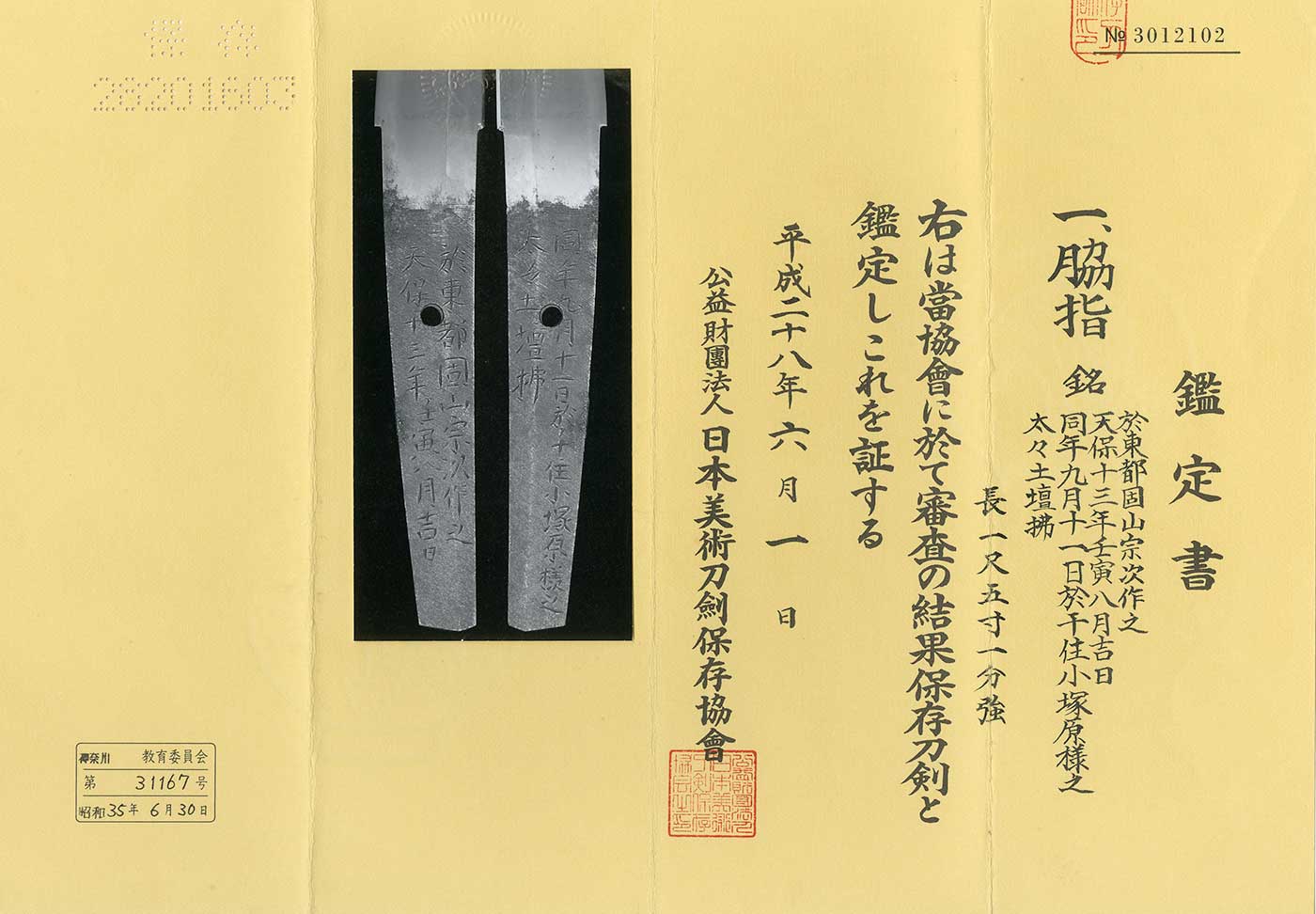